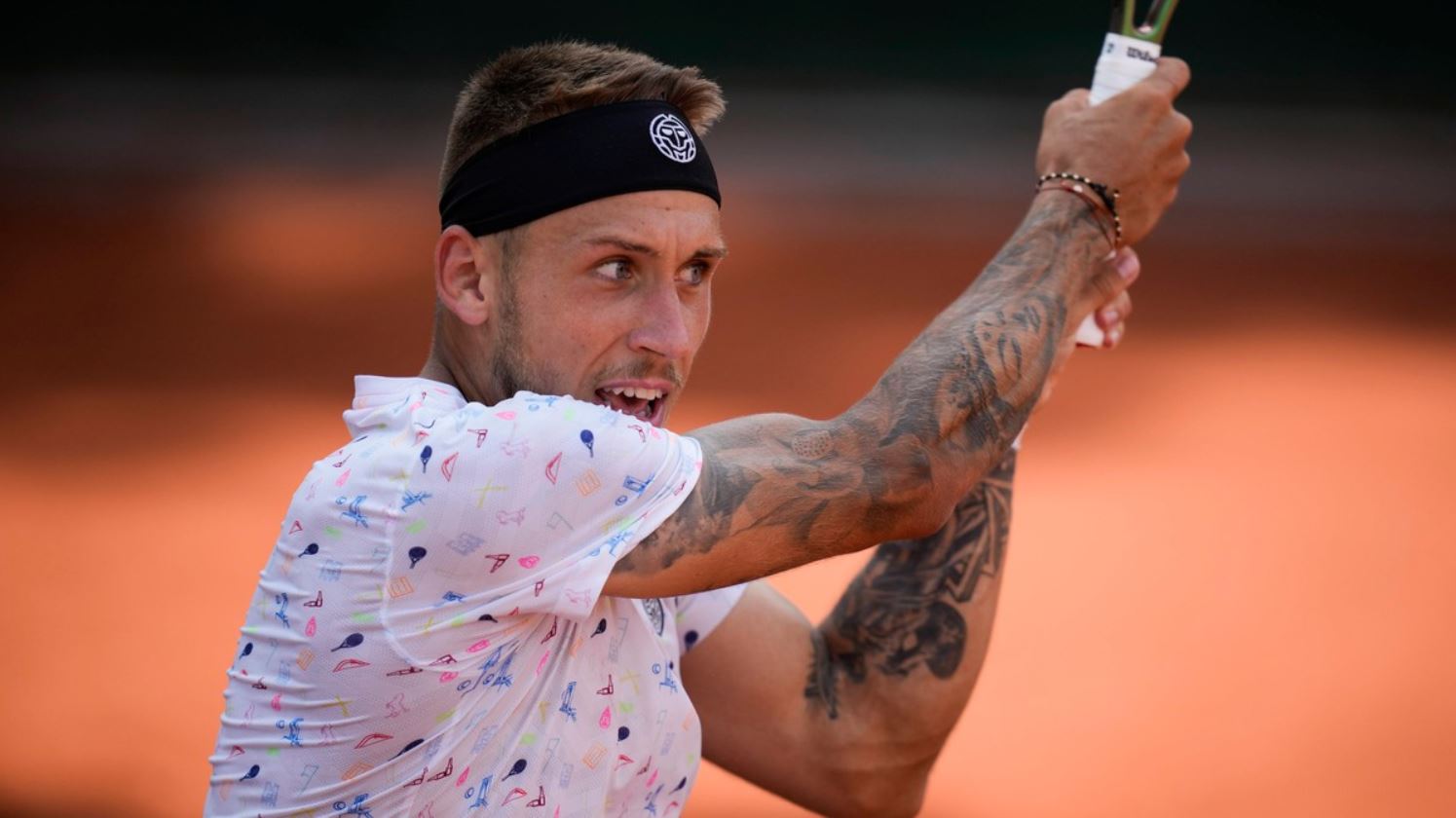 Carlos Alcaraz impressively dispatched Karen Khachanov for the loss of only 2 games and needed just 69 minutes to end their quarterfinal of ATP Hamburg! The intensity of the Spaniard combined with an improved performance off the ground compared to previous matches this week was too hot for Khachanov to handle. Alcaraz 21w 7ue; Khachanov 8w 14ue.

Alcaraz said, “I played unbelievable today. Probably one of my best matches this year.” However, he wasn’t at all that impressive earlier in this week, conceding a set against Nicola Kuhn in the first round and saving multiple set points (on return) against Filip Krajinovic in their second-round encounter.

Alex Molcan edged a lengthy first set of long rallies set before Borna Coric injured himself at the start of the second. A couple of days ago, he rallied from 3-1 down in the third set to knock out the defending champion Pablo Carreno in a deciding set tiebreak (2:31hr) under immensely hot temperatures.

The left-handed Slovakian was clutch when it mattered most, saving 13/16 break points and will try to do the same to the ATP Hambourg tournament favorite Carlos Alcaraz in the semifinal. It is also worth noticing that Molcan has never lost a semifinal match on the main tour. Thrice he made it to this stage in Belgrade in 2021 and Marrakech and Lyon in 2022, he managed to qualify on all three occasions, defeating Federico Delbonis, Laslo Djere, and Alex de Minaur in the semifinals, respectively.

World No. 48 Molčan has a career-high ATP singles ranking of World No. 38 achieved a couple of months ago, recording his first Top 10 win after defeating the top seed Félix Auger-Aliassime in Marrakesh and he won a set against Casper Ruud, making massive strides on the main tour in these seven months of the 2022 season.

“Carlos is a megastar. He is probably the best player on clay at this moment. Tomorrow I will try my best, make a fight of it.” It is positive that the Slovakian keeps a humble profile ahead of today’s ATP Hambourg semifinal, but Alex Molcan can keep things close and offer a more than decent challenge to his famous opponent. Although, it would be extremely difficult for him to defeat Carlos Alcaraz, grabbbing a set is definitely within his potential while 2.75 is a more than welcome, value bet price for him to win a set.