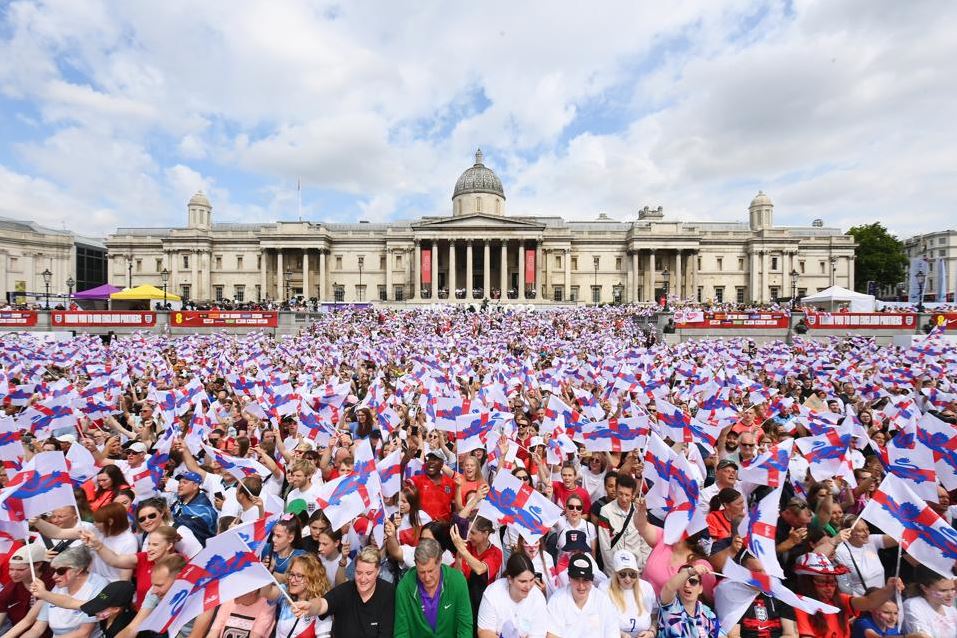 England has won something. It’s such a strange sentence, but a pretty glorious one. England won the European Championship for the first time in their history after beating Germany at a fully packed Wembley with extra-time winner from Chloe Kelly sealing an unprecedented victory, mileston to a new era in women’s football.

“This will be like a catapult for women’s football in England,” said former German international and three-time Euros winner Anja Mittag. “It will explode now.” The undeniable truth is that Euro 2022 has been a rollercoaster ride for all involved and looks set to ring in fundamental changes to the women’s game.

Euro 2022 was an overwhelming success, smashing attendance records from the opening match to an incredible final. It is a great opportunity for Europe’s biggest leagues to build on this momentum and exploit its longer-term impact.

It is rather indicative that viewing figures for DFB Frauen matches on free German television has doubled from 5.95 million for the first match to 12.18 million for the semi-final. Market share went up from 25.9% to 47.2%. Followers to their instagram & tiktok_uk channels have increased by 67% & 112%.

A peak audience of 17.4 million watched the ‘Lionesses’ Euro 2022 final win over Germany, while an average of 17.9 million also watched the match in Germany, with both figures smashing the previous record for a women’s football match in the United Kingdom and Germany as well.

Where do we go from here? – Sexism in women’s football

However, there the ‘dark side of the moon’, is still pervasive, as there will always be people who, for whatever reason, are anti-women’s football and nothing will change their minds. A current research in Germany revealed that the volume of discriminatory social media posts, particularly of a sexist nature, has risen during Euro 2022. But the problem goes deeper than social media.

German national team goalkeeper Almuth Schult, of Frauen-Bundesliga side Wolfsburg, revealed in ARD’s “Panorama” documentary that she was once asked by a journalist: “How does it feel to be one of the few in the team who loves a man and not a woman?”

“Here I am thinking, here we are again,” Schult said. “The prejudice that only lesbians play football.”

Another female Bundesliga player speaks anonymously in the “Panorama” report of a coach’s transgressions of boundaries: “He kept making comments about a teammate’s butt.”

And in the case of another player, the same coach reportedly remarked on “how sexy she was” — comments confirmed by fellow players and coaches.

Despite all these widespread prejudices and rather medieval perceptions, this is a watershed moment for the women’s game. The domestic season gets underway next month, with the Champions League soon to follow before it all ends with the 2023 World Cup in Australia and New Zealand. Sometimes there’s just no way to hold back the river…